skip to main | skip to sidebar

Hello Higher-Intermediate students and welcome to my strangely-named blog!

You'll probably use this blog for various activities over the next few weeks, and possibly even start your own, but for today, all you need is this link to the Oxford Advanced Learner's Dictionary Online (OALD). Click it now and use it when you're completing your vocabulary cards.

You can easily find it any time by typing "Oxford Advanced Learner's Dictionary" into Google and clicking the first link that you see.
Posted by Smithy at 6:13 PM No comments:

1. There are a few similarities between Brisbane and Incheon. Nevertheless, both have one thing in common.

2. It's free to take the buses. Nevertheless only a few people use them.

3. Although houses in Seoul are so expensive, many people have their jobs in Seoul…

4. Incheon is the nearest city to Seoul…

5. Now, it is winter in Korea including Incheon but it is summer in Brisbane.

6. There is another difference, related to the traffic system.

7. Despite that, people don't use the buses much.

9. First, the population of Seoul is much higher than Brisbane's.

10. Most residential buildings are one or two storey houses.

11. In contrast to Brisbane, there are a lot of apartments in Seoul.

12. We both have four seasons and a big river.

13. Nevertheless, the buses in Gwang-ju have no vacant seats.

14. I don't want to make a comparison between these two cities…

16. I think Seoul is one of the most developed cities…

17. …there is too much rain in summer in Seoul.

18. At first , I was a little surprised, but I'm getting used to Brisbane.

20. …in Brisbane they use a ferry as a means of transportation but not in Deajeon.
Posted by Smithy at 2:50 PM No comments:

This morning we're going to look at your wonderful writing from last week.

1. There are few of similarities between Brisbane and Incheon. Nevertheless, both have one thing in common.

2. It's free to take the busses, nevertheless only few people use them.

3. Although the house in Seoul is so expensive, many people have their jobs in Seoul…

4. Incheon is the nearest cities to Seoul…

5. Now, the season is the winter in Korea including Incheon but it is the summer in Brisbane.

6. There is another difference, related to traffic system.

7. Despite that people doesn't use the busses much.

9. First, population of Seoul is much more than Brisbane.

10. Almost of residential buildings are one or two storied houses.

11. In contrast to Brisbane, there are a lot of apartment in Seoul.

12. We both have four season and big river.

13. Nevertheless, the buses in Gwang-ju have no vacant seat.

14. I don't want to make a comparison between this two cities…

15. …the both allow to practice a lot of sports…

16. I think Seoul is one of the most developed city…

17. …there are too much rains in summer in Seoul.

18. At first time , I little suprised, but I get accustomed to Brisbane.

20. …in Brisbane they use a ferry as a transportation but not in Deajeon.

Posted by Smithy at 2:07 PM No comments:

Morning all! Welcome to week 7.

This morning we're doing to do a reading activity. To prepare for it, and to do some listening practice, we're going to watch a short YouTube clip of the first 5 minutes of the film, Super Size Me.

Click here to watch the clip and open this link in a new window to read the transcript as you listen. Check any words you don't know in the Oxford Advanced Learner's Dictionary.
Posted by Smithy at 2:19 PM No comments: Welcome to this week's blog task!
This week, we've looked at a couple of areas of grammar & vocabulary (countable/uncountable nouns, discourse markers for expressing contrast, expressions for making comparisons).
This week's blog task aims are for you:
1. to apply recently learned grammar and vocabulary;
2. to practice descriptive writing;
3. to practice editing your own writing;
4. to read and respond to your classmates' writing.

- How many paragraphs are there? What is the purpose of each paragraph?

- How many different comparing/contrasting expressions are used?

- I've used several that we haven't discussed in class yet. Which ones are they? 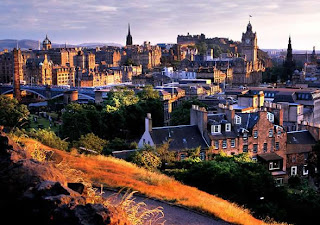 When I was growing up, I moved around a lot with my family; by the time I was 16, I had lived in five different countries. As an adult, however, the two places where I've spent most time are Brisbane and Edinburgh, the capital of Scotland.
Although Brisbane is much larger than Edinburgh in terms of population (Brisbane's population is 1.8 million, whereas Edinburgh's is less than 500,000), they are quite similar in a number of ways. Firstly, the actual central business districts (or CBDs) of the two cities are fairly small and compact - much smaller than those of Sydney or London, for example. In contrast, the suburbs of the two metropolises sprawl out for miles into the surrounding areas.
This compactness contributes to the relatively relaxed and laidback vibe that I think both cities have. I've also lived in London and, in comparison, the lifestyle in both Brisbane and Edinburgh is much more easygoing. Similarly, the smaller size of the two cities means that it is quick and easy to escape the city centre and find some fresh air, which really helps to reduce the stress level.
Another similarity between Brisbane and Edinburgh relates to music. Both cities have pretty small music scenes, with few venues or decent bands. Also, many touring overseas bands ignore Brisbane and Edinburgh when they visit Australia or Scotland. Melbourne and Glasgow, on the other hand, are larger cities have flourishing music scenes and no self-respecting musician would ever miss those two places on an Australian tour!

Nevertheless, there are a number of major differences between Brisbane and Edinburgh. The main one is history: Edinburgh is far older than Brisbane - about four hundred years older, in fact. As a result, the two cities have developed in very different ways. The oldest surviving buildings in Brisbane - the Windmill on Wickham Street, and the Old Commissariat Store on William Street - were built by convicts in 1828. The oldest building in Edinburgh, in contrast, was built in the 12th century! In addition, Edinburgh is divided into two parts: the Old Town and the New Town, which dates from about 1766. Even in the New Tow, there is a lot of architectural consistency. Brisbane's architecture has no such consistency; it's just one big architectural mess, really!

So, particularly in terms of lifestyle and music, Brisbane and Edinburgh are quite similar. As far as history and architecture go, however, the two cities could hardly be more different!

Posted by Smithy at 7:35 PM No comments:

Vytor has just asked me about the name of my band, so to save time, I'm posting the name and the link to our website.

We're called the Bell Divers, and this is our website: www.thebelldivers.com. You can read about us and some of the things people have written about us, look at some photos of us, and download our debut album for free!
Posted by Smithy at 5:50 PM No comments: 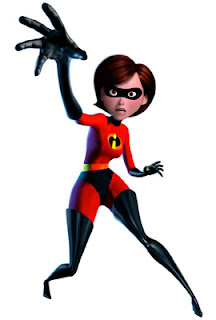 Good morning bloggers!
I hope you're enjoying blogging as much as I am :-) I've really enjoyed reading your blogs so far and I think you've done a great job with your articles about your 'heroes'. I feel like I know you all a little bit better now! Fabio and Diego, I'm looking forward to reading yours when you've posted them.
Here are the activities for today!
Activity 1: Edit and re-write
Activity 2: Read others' work
Activity 3: A song 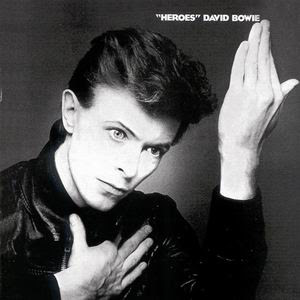